Rotarians Andrew McGhee and Damon Kuhn came up with the idea of building a new park in the city of Logan. The planning for this park dates back to the spring of 2016 when they first pitched their park idea to city council for a playground park to be built in the area of Dicken Addition. However, those plans fell through when they found out last minute the land was tied up in legal matters. While they were disappointed, they did not give up and approached the Logan-Hocking Schools about the idea of putting the park at the lot of the old East Elementary School. The School system not only liked the idea, they were fully supportive. After that things just started falling in place when their park project was selected by the Hocking County Commissioners as a grant recipient. Project East Park was officially under way.

While the grant would pay for development of the area, a play structure and swings, Damon and Andrew had a bigger vision. They embarked on making this a community project by soliciting local businesses and individuals for donations for additional playground equipment, landscaping and fencing for the safety of the children. Damon and Andrew involved the Logan Rotary Club by selecting a piece of equipment the club could help to purchase. 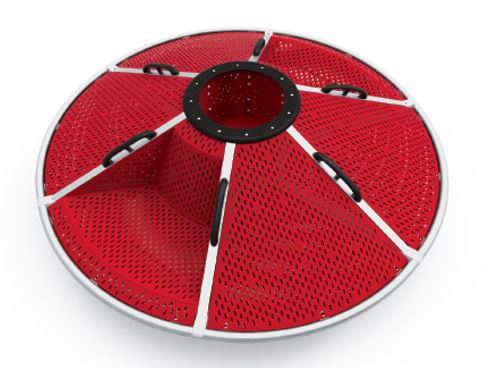 The SpinR play structure was selected for its special features with two recessed outward-facing inclusive seats at transfer height to enable children of all abilities to sit back and enjoy the ride. 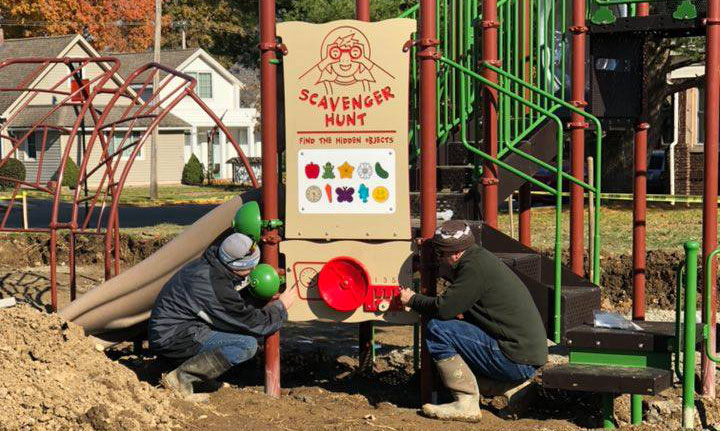 East Park is on schedule to be completed in the Spring of 2019. Our club is extremely proud to support our Rotarians Andrew McGhee and Damon Kuhn.